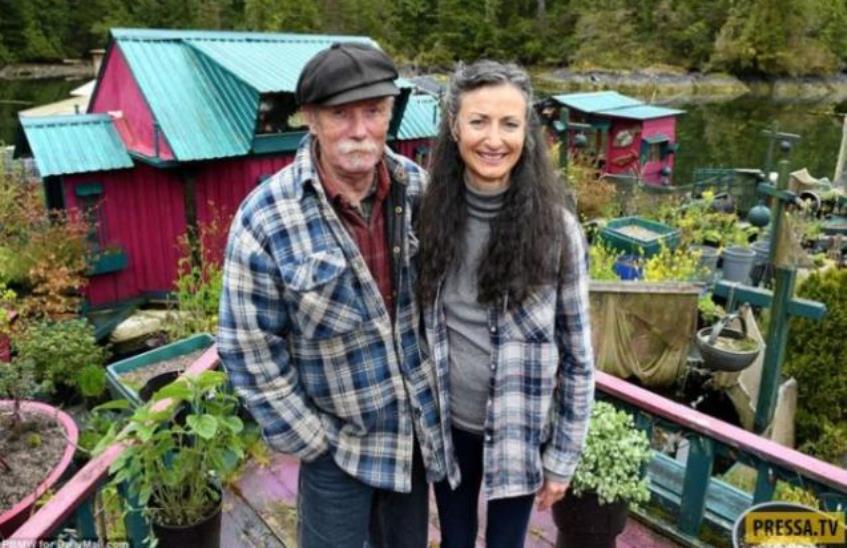 Due to the current situation in the world, most of the world’s population has been locked in four walls and isolated from live communication.

But for one Canadian family absolutely nothing has changed, because for almost 30 years they have been drifting on a floating island.

“Freedom Bay”, as they called their man-made creation.

Our heroes used to live in the city, but always dreamed of the sea. 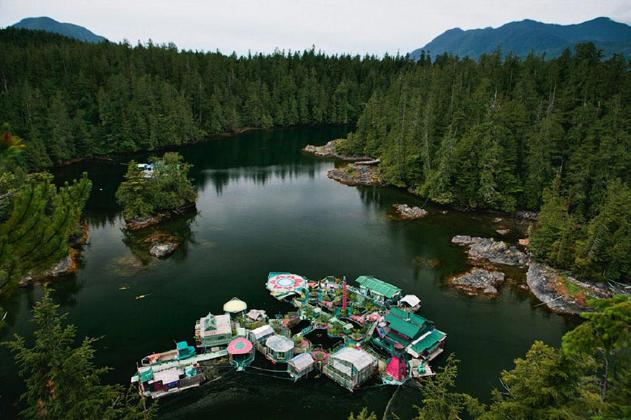 In the early 90s, the couple decided to radically change their lifestyle: they moved out of a rented apartment, distributed all the acquired property and began collecting recycled materials to build a house that would stay on the water.

The fact that they would be completely disconnected from the outside world and would live in seclusion did not frighten the couple at all.

They were pretty tired of the noisy city and the couple wanted to find peace in their houseboat.

The nearest settlement is located a 25-minute drive from the island.

The platform drifts freely, it is held by several cables attached to the shore. 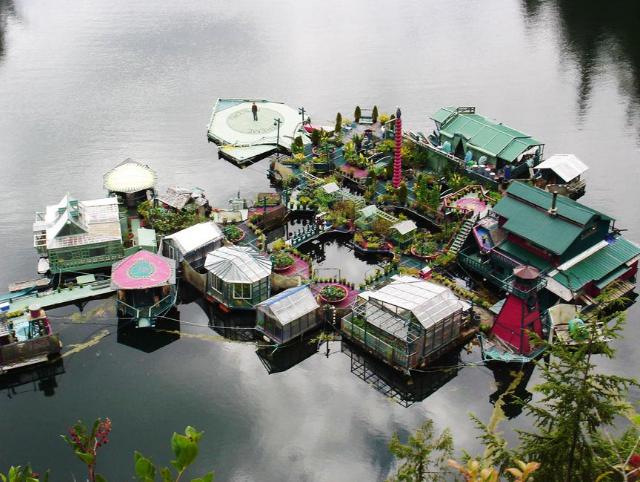 The unusual habitat of the spouses requires constant work.

The couple claims that in this place they became truly happy.

There are 4 greenhouses on the island, in which our heroes grow vegetables.

Also, the man likes to fish and they always have fresh fish for dinner. 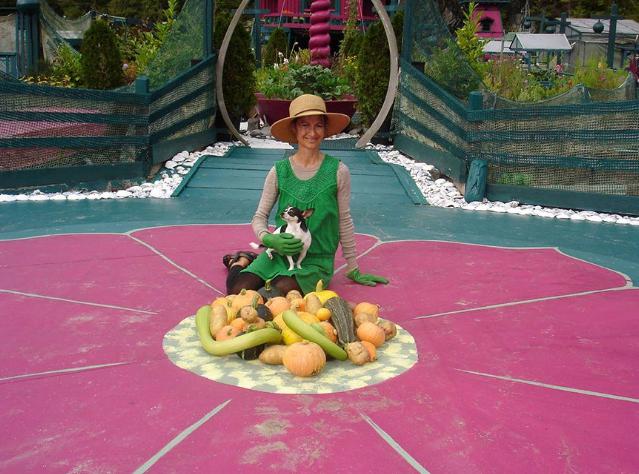 Catherine starts her day with cleaning.

After cleaning her house, the woman goes to water the plants planted in the greenhouse.

Wayne makes a fire every day to keep the house warm.

The couple are constantly completing new sections of the island.

Catherine dances in her free time – in the past she was a dancer, plays musical instruments and admires the views of nature.

INTERESTING 0 17
In a large family, a woman with a diagnosis of infertility brings up 17

14 years ago, actress Meg Ryan adopted a girl from China, and that’s how she grew up
Meg Ryan is a talented actress. She is very hardworking and devoted a lot
3113