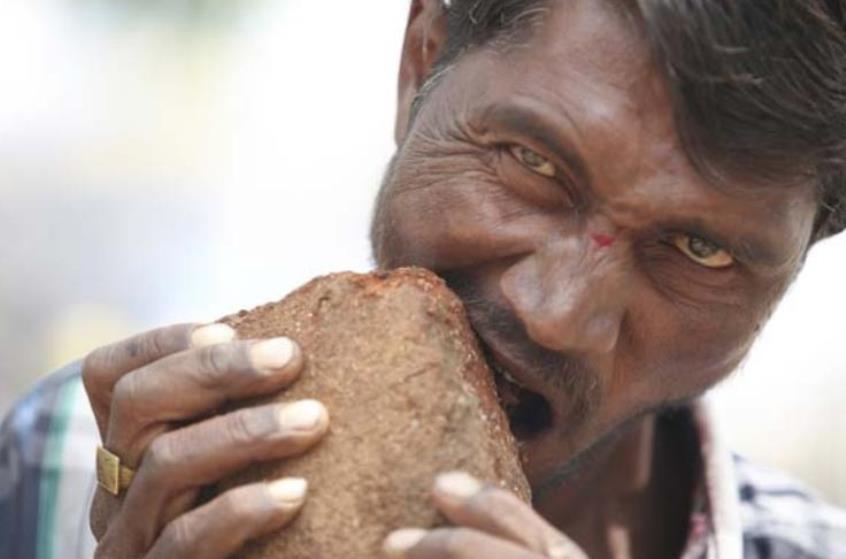 Moreover, he claims that he simply cannot do without such food.

So, bricks, dried mud and stones have been his constant diet for two decades now.

He used to work as a builder, now he is 35 years old, and he became interested in eating inedible at the age of 10. 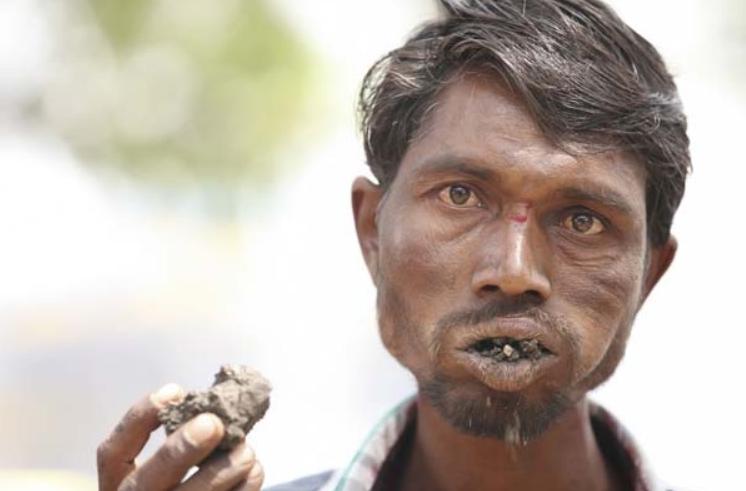 However, in the case of Hunagandi, we are talking, of course, not about a hobby, but about an eating disorder called Pica.

According to the dictionary, Pica is an eating disorder characterized by eating substances devoid of nutritional value.

It is most often manifested in young children, less often in adults, and both sexes.

Pakkirappa himself claims that he simply cannot help but eat bricks, dirt and stones – in some way unknown to him, his body seems to require them.

Because of this, a real struggle is being waged in the house with a man – his relatives insist that he stop it.

After reports about him appeared in the world media, a lot of people arrive to take a look at Hunagandi.

He himself hopes to earn at least something from his unusual talent, because his family’s income is very small.

It is no secret that there are many who do not believe the Indian chewing bricks – they are sure that he does all this solely to attract attention and subsequent earnings.

However, if it were so easy and simple to eat bricks and stones, then, most likely, it would already become a very popular business in underdeveloped countries.

Surprisingly, Hunagandi, who literally grinds bricks, has extremely healthy teeth – he assures that they do not suffer at all from his strange eating behavior.

Not so long ago, he began to earn a little by eating inedible, and in the future he hopes to really get rich on his unusual skill.

14 years ago, actress Meg Ryan adopted a girl from China, and that’s how she grew up
Meg Ryan is a talented actress. She is very hardworking and devoted a lot
3117